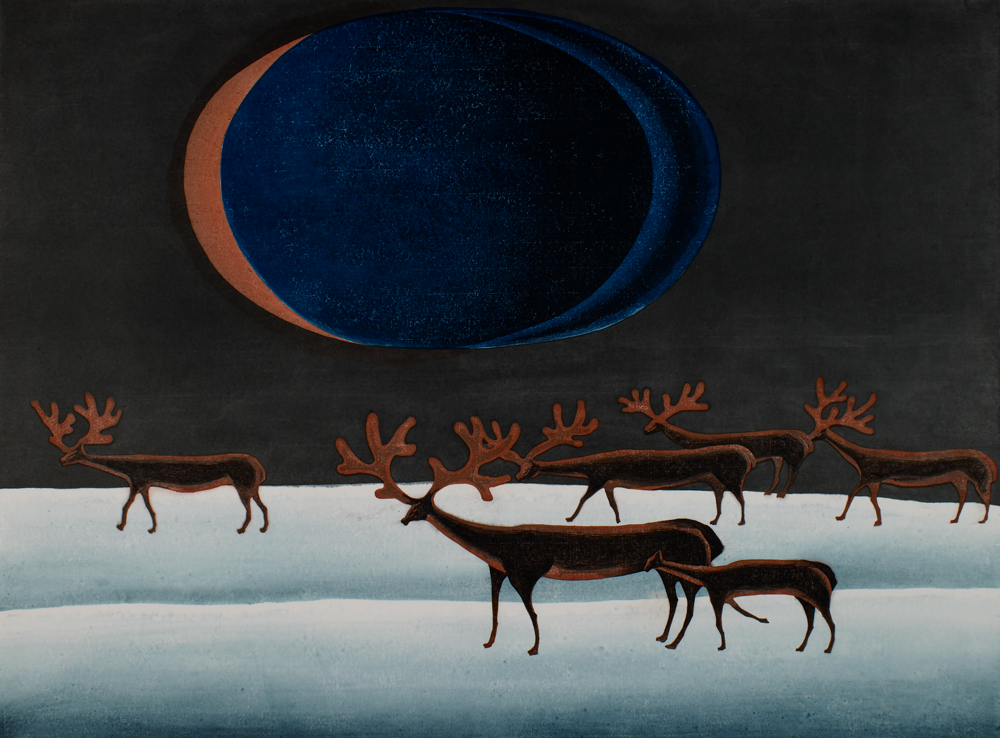 "Creating an artwork should be like this: finish it in a delightful and carefree mood, retain one's natural instincts and set loose the wings of one's imagination - let them fly away and drift."

Chinese artist Liu Chunjie lives and works in Nanjing, the capital of China’s eastern Jiangsu province. He has been well known since the late 1980s for his printed woodcuts. His early works mainly depict the dreamy vast land of north east China, where he was born, while the subject matter of his work since his move to Nanjing in 2003 reflects greater social content.

The art of printing in China dates back over a millennium. Woodblock religious images of the Tang (618–907) period were already highly sophisticateed and the printing of books and illustrations reached a peak during the Ming dynasty (1368–1644). In modern China, printmaking as a creative medium was promoted by the writer Lu Xun (1881–1936), who introduced Western prints to China during the 1930s.

The Ashmolean's collection of contemporary Chinese prints reflects the changing face of China under different political climates from the artists' perspective, as well as individual aesthetic pursuits and a range of highly skilled techniques.

Search for similar objects in the collection