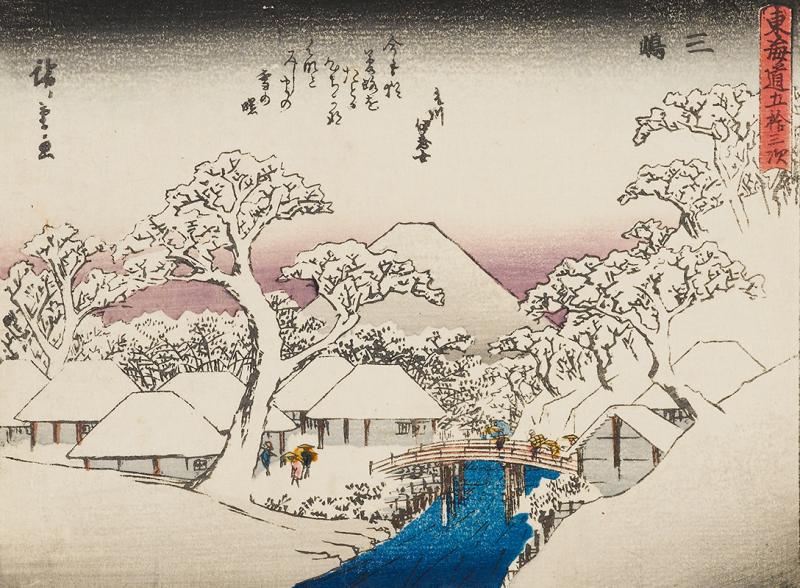 Utagawa Hiroshige (1797–1858) was one of the great masters of the Japanese landscape print. The print series that established his reputation in the early 1830s was the Fifty-three Stations of the Tōkaidō Road. This series depicts scenes along the Tōkaidō, the highway that linked the major cities of Edo and Kyoto. Hiroshige balanced striking landscape views with detailed, often humorous depictions of travellers and their encounters with local customs and various weather conditions. The series was so successful that Hiroshige went on to produce several more sets of views along the road.

Each print in this series of small format views of the 53 stations of the Tōkaidōm, published in the early 1840s, is inscribed with a comic poem (kyōka). For this reason, the series is known as the ‘Kyōka Tōkaidō’.

Mishima was the eleventh of the of the fifty-three stations located along the Tōkaidō, where travellers could rest, eat or stock up with provisions on their journeys. In Mishima, where an important Shinto shrine was located, there were two honjin (inns for government officials) and 74 other minor inns for travellers. Here figures can be seen crossing the bridge into the village with Mount Fuji looming large in the background. 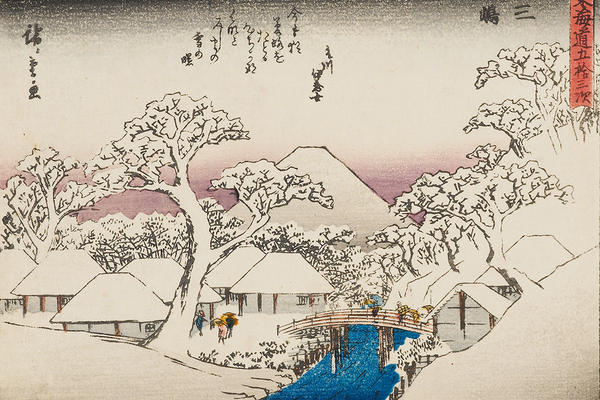 Read more about this, and discover similar artworks in the collections 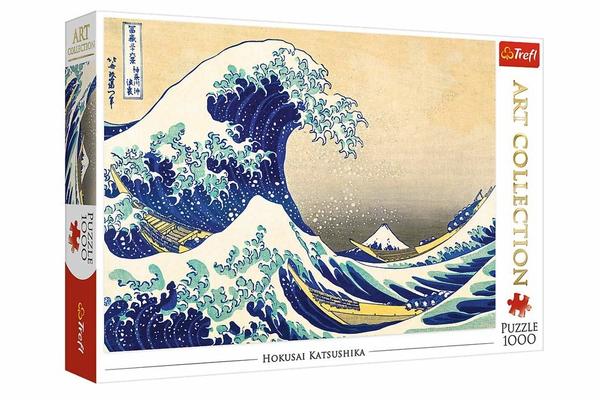 Shop prints, books and other items relating to our Japan collections 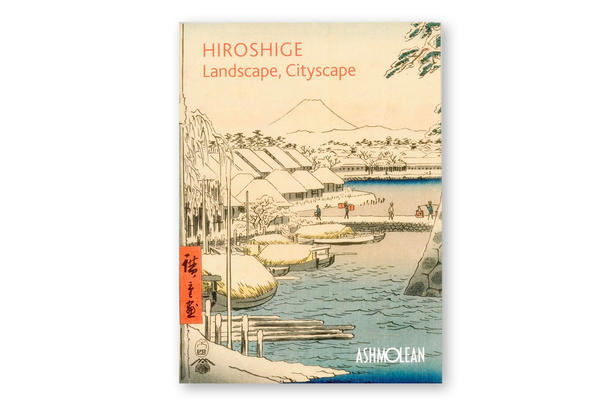 Explore more than fifty Hiroshige landscape prints in the collection of the Ashmolean and learn more about traditional Japanese woodblock print-making.