The A. G. Leventis Gallery

This gallery focuses on the wealth of the Mediterranean island of Cyprus from around 5000 BC–AD 200.

Cyprus was rich in copper and the valuable ore was shipped across the Mediterranean in the form of oxhide-shaped ingots. The island also produced timber, wine, textiles, corn and medicinal plants.

Towards the end of the period 2000–1000 BC religious activity increased on the island. A case to the right of the glass sliding doors houses a small bronze figurine of a naked woman standing on an ingot. She appears to be a goddess, perhaps Astarte, protecting Cyprus’s copper industry and trade. Seals displayed below this figure illustrate the importance of the copper industry shown by the inclusion of the oxhide ingots in the design.

Objects displayed on the adjacent wall trace Cypriot history and archaeology from the first settlers in the Neolithic period around 8000 BC to the end of the Bronze Age about 1000 BC, when many neighbouring cultures collapsed and trade connections broke down. The case on the opposite wall continues the tale of the island’s fortunes from 1000 BC to AD 200 when Cypriot cultures became truly international because of renewed and restored trade contacts. Figurines, pottery and delicate gold jewellery from this period are on display. Three different languages – Greek, Phoenician and the undeciphered Eteocypriot – were spoken on the island and written in three different scripts. Examples of these are illustrated including a Phoenician funerary inscription on a tablet in the central display.

The case to the left of the glass sliding doors gives a fascinating insight into Cypriot cult practice. It displays a collection of small figurines which are finds from a votive dump, some depicting tambourine- and lyre-players, others carrying animals, cakes and flowers as gifts – probably in honour of the goddess Astarte.

A special case is dedicated to the Oxford scholar Sir John Linton Myres whose participation in British excavations of the Cyprus Exploration Fund at various sites on the island in the 1880s and 1890s brought many finds to the Ashmolean. 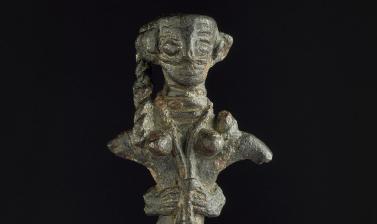 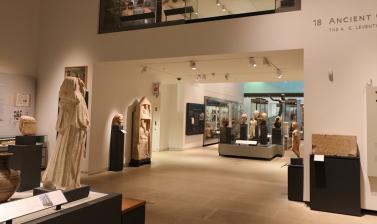 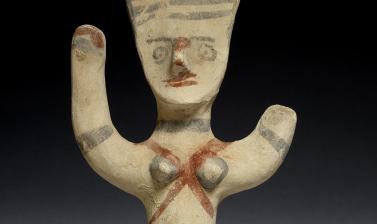 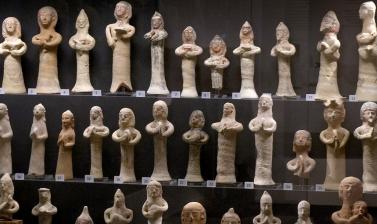