A BRASS MANILLA FROM WEST AFRICA

Read about this traditional form of West African money which was, from the 16th century, used as a currency by slave traders from Europe

The name ‘manilla’ derives from the Portuguese ‘manilha’, which means a hand-ring or a bracelet. European traders noted the use of various kinds of ring-like objects as currency in as early as the 16th and 17th centuries. In West Africa, different indigenous communities such as the Hausa and the Fulani used manillas.

The manilla shown below, with a horseshoe shape and flattened broad terminals, was known as the ‘Mkporo’ or ‘Okpoko’ manilla.

The word ‘okpoko’ is synonymous with ‘money’ or ‘brass’ in several West African languages like Calabar, Efik and Ibibio. Manillas of copper and brass were the first true general-purpose currency known in West Africa, used for ordinary market purchases, bride price, payment of fines, compensation of diviners, and for the needs of the next world, as burial money. 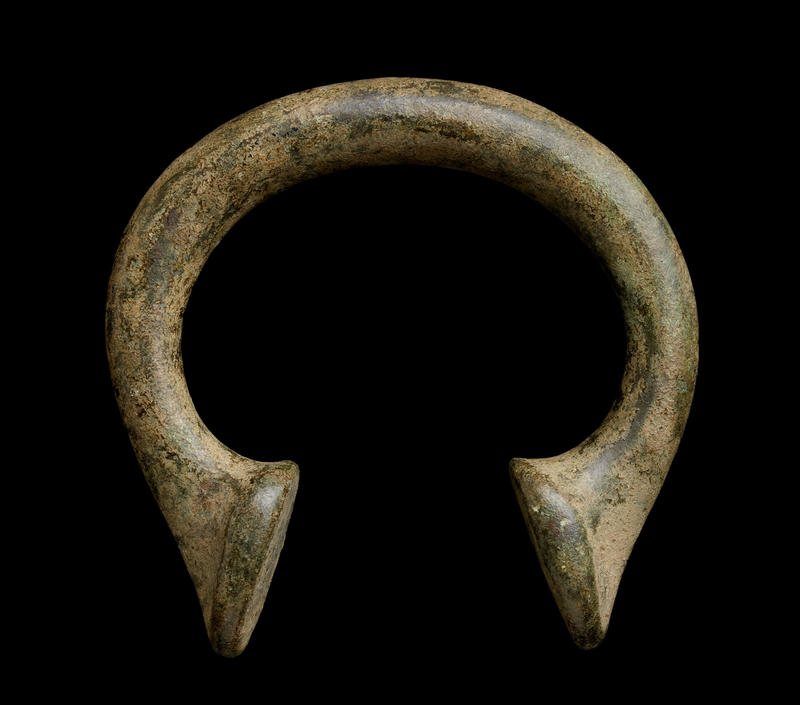 Although used primarily for exchange in local agricultural and luxury products, the manillas also become a principle currency in the West African slave trade. The Portuguese, Dutch, French and British slave traders carried them to interior West Africa to procure slaves.

Accounts in the 15th-century state that a male slave could be bought for 12 to 15 manillas. But as demand for slaves grew, with growth of colonisation and plantations in the Americas and West Indies, inflation set in and the price of slaves went up to about 50 manillas in the 16th century.

In Britain, Birmingham became a major centre for manufacture of small ‘Popo’ type manillas in the 18th century, which were exclusively used in the slave trade.

In the late 19th century, the British colonised Nigeria in a series of predatory and punitive army expeditions, and attempted to bring in a Western-style money economy to the region.

In 1902, the import of manillas was prohibited unless authorised by the colonial government, but the locals kept using them well until the 1940s. In 1948, a major recall operation was launched and nearly 32 million manillas were bought against money issued by the West African Currency Board. 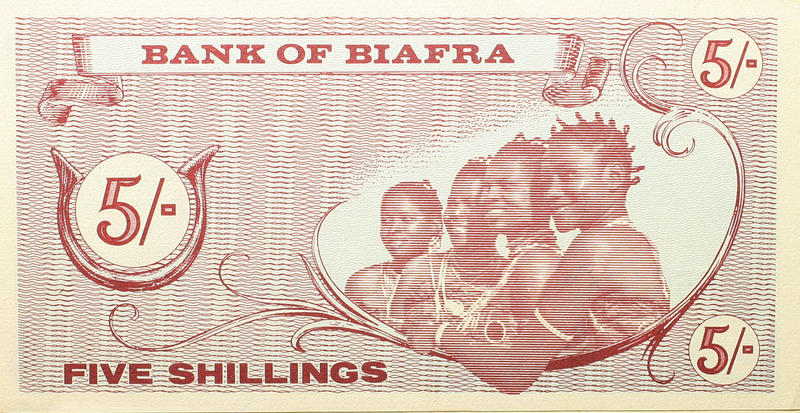 A Biafran banknote from the 1960s showing a bronze manilla design

The Heberden Coin Room houses a global collection of more than 300,000 coins and currency. In the Museum's Money Gallery you can see a small fraction of these displayed to convey how money can give us an insight into the history of past cultures throughout the world.

This year, 2022, marks the centenary of Heberden Coin Room. You can find out more about the department via our dedicated webpage, or by exploring our timeline tracing the Coin Room's collection.