PANDEMICS AND PROTECTION – THE GODDESS HARITI

Diseases are dangerous, debilitating and even deadly. For many pre-modern societies, the only protection available from diseases was a hope for divine intervention. Heads would turn skyward in anticipation of help, grace and mercy as various gods and goddesses could bring forth miracles.

Indeed, the outbreak of an epidemic was often attributed to the wrath of such deities. It stood to reason that  making them happy would bring the disease to an end. The most common and dangerous diseases were those that were highly contagious and fatal – and now we know that many are viral diseases.

Babies and young children with low immunity  were often the most vulnerable to such diseases. In the popular Indian tradition, a range of terrifying gods and goddesses were often considered responsible for such ‘attacks’. They were known as the Bālagraha, or deities that ‘grasped’ children. Keeping these deities happy would mean the children remain protected and as a result of this belief, they were also attributed with special protective qualities. The most potent form of such protective deities were of course that of the ‘Mother’. 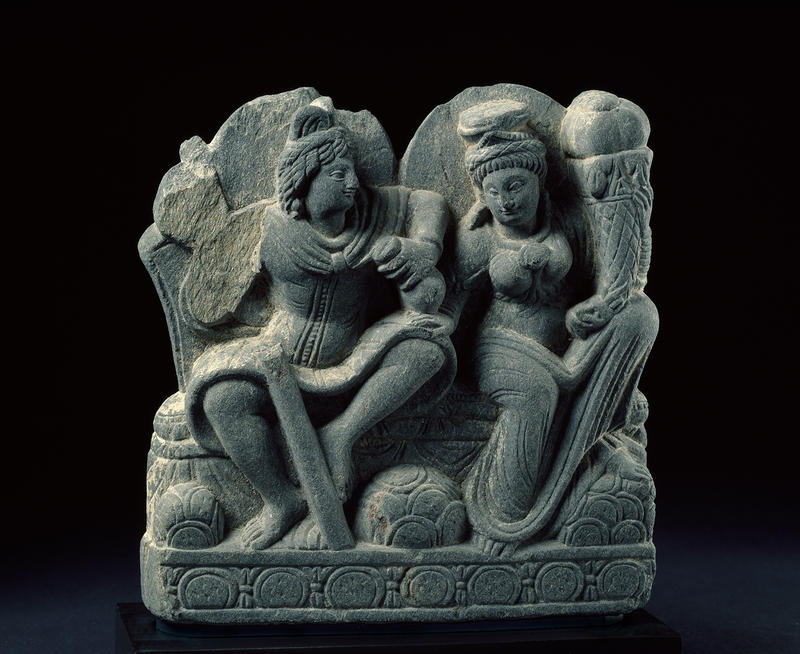 Hariti was one such mother goddess, who was  called on  for protection against a range of diseases affecting children. The most prominent of these was Smallpox, a highly contagious and dangerous viral disease that has now thankfully been eradicated. It was lethal  – nearly 400,000 died from it every year in 18th-century Europe – but it also led to permanent disfigurement and disability in survivors.

In India, Hariti’s cult was widespread – her images have been found in Gandhara (now Pakistan and Afghanistan), Mathura, the Gangetic Valley and the Deccan. Although the dominant religion in some of these parts was Buddhism, the goddess appears to have been very popular with worshippers of many different religious orientations

Depictions of Hariti (or ‘A Goddess of Plenty Depictions’)

In Gandhara, where a Greco-Roman influence is often visible in regional artistic schools, Hariti appears to resemble the Greek goddess Tyche, often depicted with a crown and holding a ‘horn of plenty’ or cornucopia. In this form, she also becomes a goddess of plenty and fertility thus bringing together her role as a child protector. In this sculptural relief dated to the 2nd–3rd century AD, she is seen with her consort Panchika, also a god of wealth. A similar depiction is also seen on a 1st century BC Gandharan copper coin, attributed to Azes, a king belonging to the nomadic Shaka (Scythian) tribes.

A more ‘Indianised’ depiction of Hariti is this figure from Mathura, dated to about 2nd century AD, in typical red mottled sandstone from Mathura, North India. Here her ‘motherly’ attributes are depicted – she carries a small child in her lap as she sits squatting on a low pedestal, in a niche marked with pillars and an arch. There are children at the base of the pillars and also above the arch, where they fly in to adore her. Between her feet is another child-like figure. It is quite worn, but most likely represents Ganesha, the elephant headed baby god, and remover of obstacles. In her raised hand, Hariti holds a cup – most likely containing a medicinal remedy. 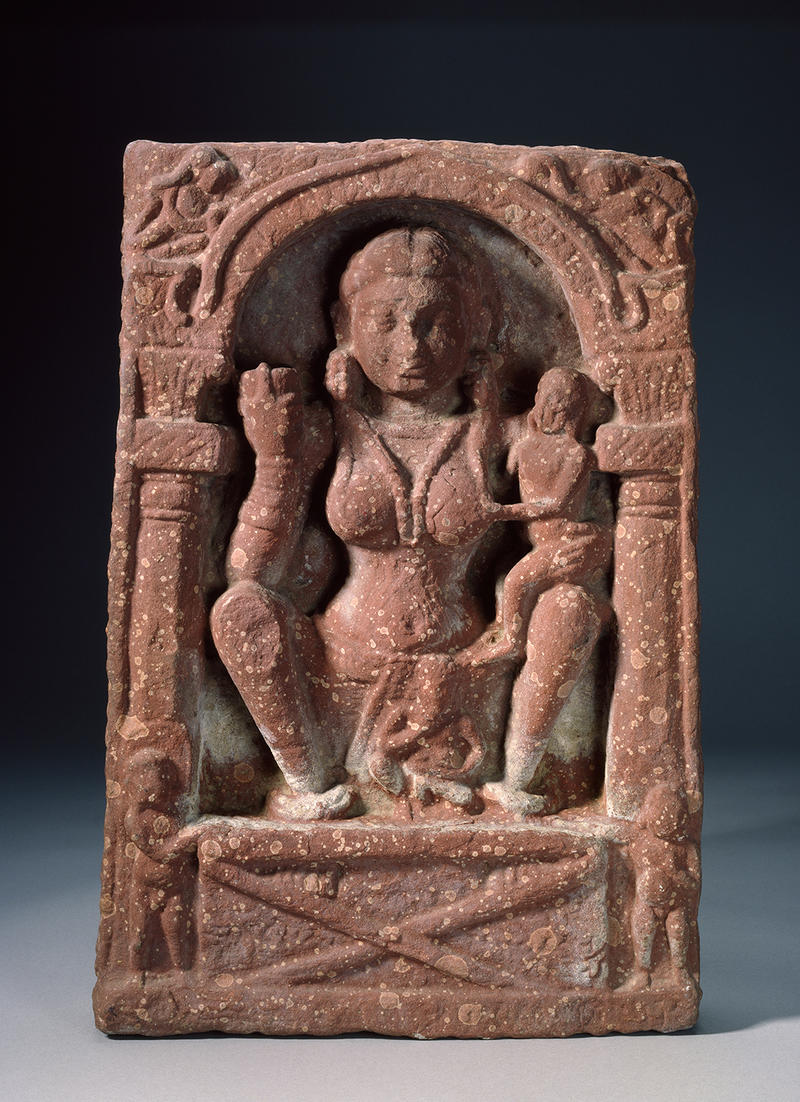 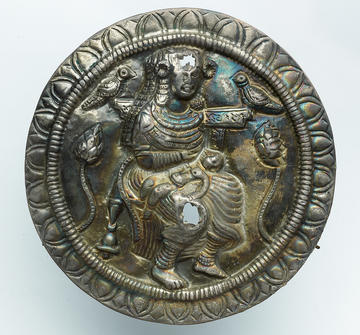 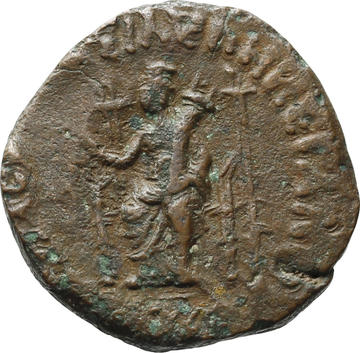 Sometimes Hariti is depicted with a child lying on her lap, like in the case of this silver plaque, which was perhaps a part of ritual equipment, from 3rd–4th century Gandhara. The child is most likely sick and he has been left under  the protective care of the ‘Mother’ Hariti. She sits on a high-backed throne with bird-shaped decoration . The symbolism of the birds is most likely associated with the fierce nature of the goddess but she is also flanked by lotus buds, which are symbolic of rejuvenation. The plaque  also has a lotus border. Both these signify the role of the goddess not only as a protector, but also as a goddess of fertility and wealth.

While the ways in which modern societies approach the issue of disease has changed drastically over the millenia, many things have endured: the human propensity for hope, the importance of family and younger generations, and our unique ability to use creativity to endure challenging times. While we might not all be turning to the Goddess Hariti during this strange and unsettling time, odds are that whatever we are doing to cope is driven by the same fears and desires that define what it is to be human.