Financial ‘self-identification’ and the LGBTQ+ movement 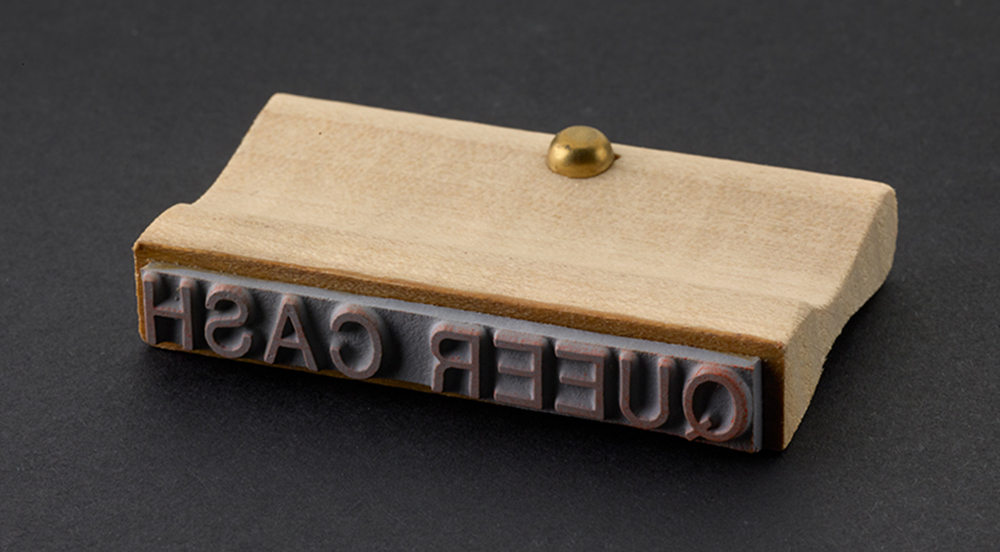 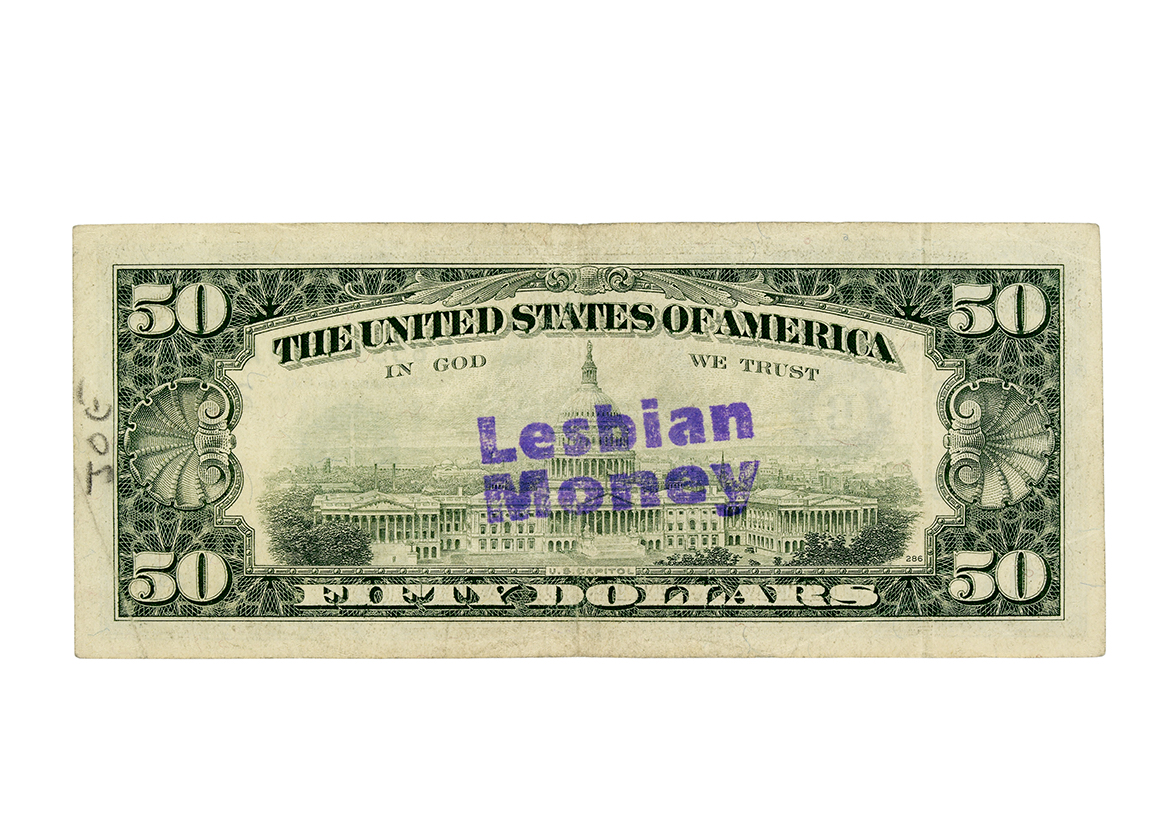 Banknote of the USA, Federal Reserve USA, 1993. In the collection of the Ashmolean Museum

In 2018 the Ashmolean was given an ordinary object with a dramatic and significant social context.

The tiny rubber stamp, with a wooden handle, and the inscription ‘Queer Cash’, was used by the queer community to overprint banknotes.

The Coin Room at the Ashmolean already had in its collection a USA $50 bill which has the ink inscription ‘Lesbian Money’ stamped on it. The note has achieved a position of pride in the University’s collection of objects relating to the Queer Movement, and it featured prominently in the LGBTQ+ Trail of the University of Oxford's museum and library collections, Out In Oxford.

The ‘Queer Cash’ stamp makes a fitting British accompaniment to the banknote. Together they mark an important point in the Queer Movement – that of financial ‘self-identification’, through which LGBTQ+ individuals aspired to form a community that values and respects them.

The Queer movement in the Western world is widely recognised to have passed through three phases in its modern history. The first is often recognised as a clandestine or underground phase, in which gay sex was outlawed and consequences often included a criminal conviction and possible incarceration.

From the 1960s onwards, however, the movement for civil rights and against discrimination, and its outcomes such as the Wolfenden Report and the decriminalisation of consensual same-sex activities, made more and more gay people determined to defy the social stigma and ‘come out’ to seek similarly spirited men and women. This resulted in a ‘community building phase’ of the movement, which led to a very colourful subculture with social events such as gay pride marches.

Queering money was one of the avenues used to create awareness about the ﬁnancial acumen that the gay community could generate, and the market power it wielded. The ‘integrational phase’ that closely followed after – and sometimes overlapped with – the ‘community building phase’ saw many of the aims of the equal rights movement come to fruition. The successes and achievements of the ‘community building phase’ are therefore crucial in the story of how equality was achieved and discrimination outlawed in the West for LGBTQ+ people in most walks of life.

By the mid-1990s the gay movement had turned a corner, with homosexual activity becoming legal in the UK in 1994 for those 18 and over. There was a new-found wave of determination, solidarity and a ﬁght against social injustices involving discrimination and stigma. Awareness of the so-called ‘Pink Pound’ was also at its height: the amount of money spent by gay men and women not just on specialist goods and services, such as holidays at gay resorts, but also in the wider economy, which was thought to be greater than the disposable income of straight men and women. Gay male couples were highlighted as especially ‘high spending’ and labelled as DINKs or DINKIES: 'dual income, no kids’.

At the time there was a lot of consciousness-raising in the gay press that gay rights could be advanced by making major corporations aware of just how much they relied on gay and lesbian spending without being aware of it. A parallel move developed at the time to set up gay business directories and similar listings, so that if gay men and women felt uncomfortable with businesses they perceived as potentially homophobic they could turn instead to a gay – or at least gay-friendly – service provider.

The rubber stamps were intended for overprinting currency notes to remind both consumers and suppliers that the ‘Pink Pound’ existed and was a significant sector of the economy. 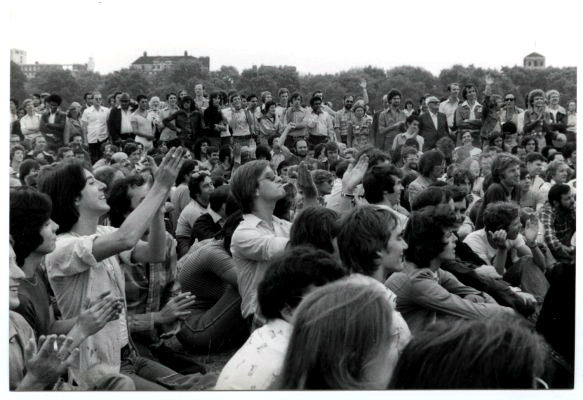 I bought the ‘Queer Cash’ rubber stamp, together with an ink pad, at a stall at what perhaps was the first ever ‘Gay Business Show’ at the Olympia Exhibition Centre in London, sometime in the mid-1990s. I used mine enthusiastically for the first week or so, but felt self-conscious handing the notes over to shopkeepers and bus drivers. I don’t think I ever received one in my change or from an ATM, and I think it is fair to say that the campaign quickly withered away.

Professor Marcus Banks, Professor of Visual Anthropology and a Fellow of Wolfson College, presented the stamp to the Ashmolean

Two decades on, LGBTQ+ politics are very different and there have been new intersections between the national economy, gender and sexuality.

LGBTQ+ people remain consumers at all levels in the economy, and are now increasingly aware of the pro- or anti-LGBTQ+ stance of business owners, both locally and globally. The ‘Pink Pound’ was estimated to be worth over 100 billion pounds in 2017.

The awareness that was spread through over-stamping bank notes and the conﬁdence it created – enabling a marginalised minority group experiencing discrimination to launch itself into the exercise of self-assertion and community building – has borne fruit.

The rubber stamp, small though it is, has a signiﬁcant social story behind it, and bears testimony to an important juncture in the Queer Movement.