Gallery closure: The Cast Gallery will be closed in the morning of Tue 19 Jul from 10am-13.00pm.

The Cast Gallery is one of the country’s oldest, largest and best-preserved collections of casts taken from monuments and sculptures of the ancient world.

The collection was begun in 1884 and now numbers more than 900 casts and is invaluable for teaching students in a range of subjects, for artists and for members of the public who do not have access to sculptures from all over the world.

The casts are exact 1:1 replicas and give a powerful idea of the scale and physicality of ancient statues and reliefs. They also allow the display together of pieces that are now widely dispersed among modern museums. Greece and Rome were profuse statue-using cultures and the Gallery represents the density of sculptured monuments to be found in a variety of ancient contexts: the sanctuary, the public square, the cemetery and the country villa.

Highlights of the collection include the Laocoon, the Borghese Warrior, the Nike ofPlan Samothrace and the grand imperial reliefs from the Arch of Trajan at Beneventum displayed at the entrance to the Gallery. You can contrast the full-size figure of the Emperor Augustus with the painted version in the Human Image Gallery on the Lower Ground Floor. There is also a unique collection of casts of Roman and Late Antique portraits from Aphrodisias in southwest Turkey. Many of the well-known images such as the Uffizi Boar in Florence, the Thorn Puller (Spinario) and small bronze copies of these statues are on display in the Britain and Italy Gallery and Italian Renaissance Gallery .

A display showing how plaster casts are made can be seen in the Lower Ground Floor, Orientation Gallery, Exploring the Past. 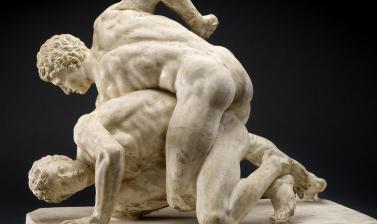 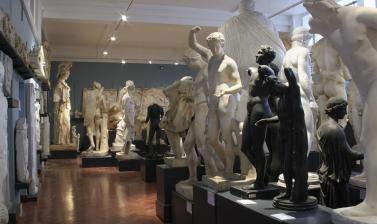 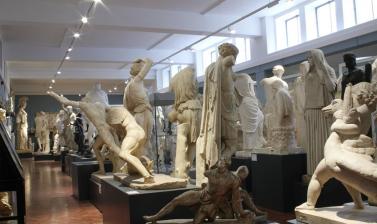 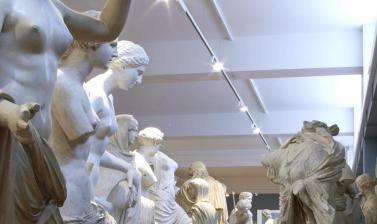 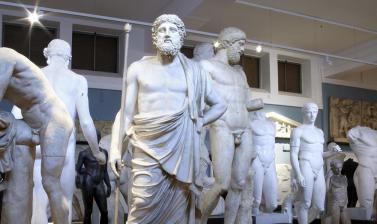 The Ashmolean Cast Gallery is one of the oldest, largest and best-preserved collections of casts of Greek and Roman sculpture in the UK, containing some 900 plaster casts of statues, reliefs and architectural sculptures.