This gallery displays items from the Ashmolean’s English archaeological collection – one of the finest in the world. Covering the period from when the Romans left the island in the 400s to the end of the Tudor dynasty this gallery follows the social, political and religious history of the island as it emerged to be a unified English nation and become a cultural, political and military power.

The Alfred Jewel is arguably the Ashmolean’s best known exhibit and is displayed in a separate case alongside the Minster Lovell Jewel, both superb examples of Anglo-Saxon craftsmanship in gold and cloisonné. The Alfred Jewel’s connection to King Alfred the Great (AD 871–99), ruler of Wessex, makes it particularly interesting – an openwork inscription around the gold frame reads ‘Aelfred mec heht gewyrcan’ (Alfred ordered me to be made). Both of these ‘jewels’ would have been used to hold a pointer to aid the reading of manuscripts.

Religion is a key theme in the gallery. The role of monasteries and nunneries with their patronage of arts, the promotion of scholarships and providing for those in need is highlighted. A reliquary cask depicting the murder of the Archbishop of Canterbury, Thomas Becket, by followers of Henry II is also displayed. This was one of more than forty similar casks made to commemorate and hold a relic of the saint whose assassination in Canterbury Cathedral in 1170 shocked the Christian world and resulted in his canonisation less than three years after his death.

A marble bust of Henry VIII stands in the centre of gallery and the monarch’s break from the Catholic church in order to facilitate his divorce from Catherine of Aragon is covered in the display adjacent to the magnificent funeral pall of his father Henry Tudor. The same case shows evidence of his daughter Mary I’s determination to reinstate the Catholic faith during her brief and bloody reign, with objects relating to the imprisonment in Oxford of Bishops Hugh Latimer and Nicholas Ridley and Archbishop Cranmer before they were burnt at the stake as heretics in nearby Broad Street. 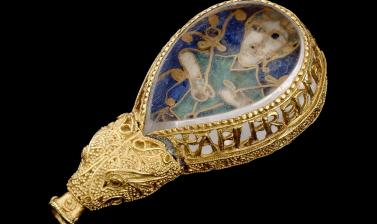 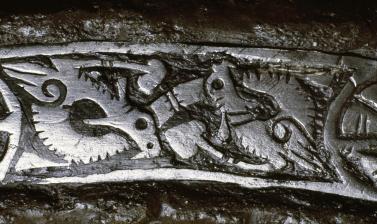 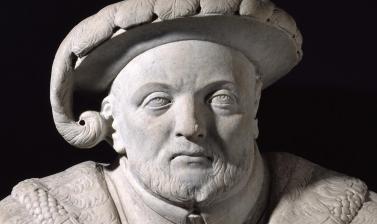 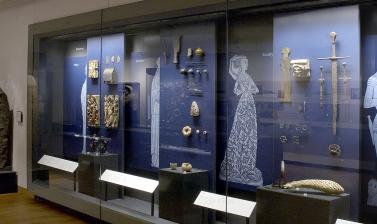 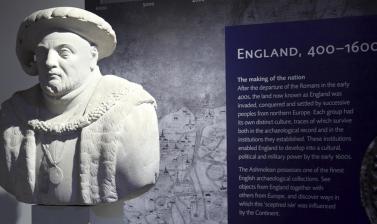 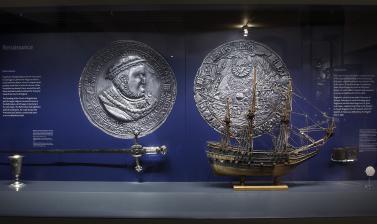