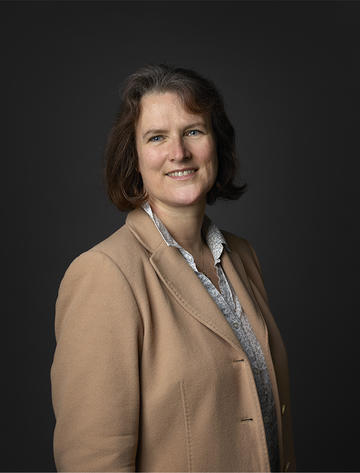 Research summary
My research interests span various aspects of the archaeology, history and culture of ancient Cyprus as well as the wider Greek World (Greece, Magna Graecia etc), particularly in the first millennium BCE, including religion/cult, iconography (sculpture and pottery), architecture, topography etc. My focus is on cultural contacts between Cyprus, the Greek Aegean, the Ancient Near East, particularly the Phoenicians, and Egypt, through trade as well as actual migration, as well as their impact on local cultural identity or identities. This can be studied by identifying actual imports, their use and their meaning in different contexts (e.g. in sanctuaries, tombs, private houses, public spaces) either at particular sites or in larger regions. This includes analysing the adoption (in my view intentional), selection, imitation, adaptation and transformation of specific locally meaningful elements and features of those imports, e.g. their motifs/iconography, styles, shapes, use etc into local and regional material culture through time. As a trained classical archaeologist and ancient historian (main focus on the Greek World), my method is to gather and analyse both archaeological and textual (epigraphic and literary) evidence to reconstruct as detailed a picture of factual evidence and its possible interpretations and ramifications in their wider cultural and historical contexts.

As the curator of the collection of Cypriot antiquities at the Ashmolean, my main task it to digitise the 7,000-object collection, dating mostly to the second and first millennia BC, for future web publication. Some 80% percent of the collection comes from specific find or excavation contexts in Cyprus, many of which are still being excavated. Therefore, my priority lies in publishing this hitherto unpublished material in articles or as contributions to archaeological site publications to include it in the vibrant current international research on ancient Cyprus, the proverbial crossroads between Orient and Occident.

CV
Anja Ulbrich has been the A.G. Leventis curator of Cypriot Antiquities at the Ashmolean since 2009. She studied Classical Archaeology, Ancient History and History of European Art at Heidelberg University, Germany, and completed an MPhil in Classics (Greek archaeology) at the University of Cambridge where she encountered and became fascinated with Cypriot archaeology. Back in Heidelberg she completed a DPhil with a thesis on sanctuaries of female deities in Cyprus during the Archaic and Classical periods, after which she won a research fellowship by the German Research Foundation to study and publish the evidence (architecture and finds) from an Archaic to Hellenistic sanctuary at Maroni-Vournes, Cyprus, excavated by a team from the University of Cincinnati in the 1980s. Since 2012 she has also been responsible for the Greek and Aegean collections at the Ashmolean including the refurbishment of the Greek World gallery and has taught undergraduates in Greek archaeology including supervision of final theses referring to Greek, Aegean and Cypriot material in the Ashmolean.

2016 Multiple Identities in Cyprus from the 8th to the 5th century BC: The Epigraphic and Iconographic Evidence from Cypriot Sanctuaries, in: G. Garbati –  T. Pedrazzi (Hrsg.), Transformations and crisis in the Mediterranean: 'Identity' and interculturality in the Levant and the Phoenician West during the 8th-5th Centuries BCE, Supplementa alla Rivista di Studi Fenici (Rom), 81–98.

2011 Cult and iconography. The votive sculpture from the Archaic to early Hellenistic sanctuary at Maroni-Vournes, in: A. Georgiou (Hrsg.), Cyprus: an island culture. Society and Social Relations from the Bronze Age to the Venetian Period (Oxford) 177–195.

Full publications include downloads at http://oxford.academia.edu/AnjaUlbrich