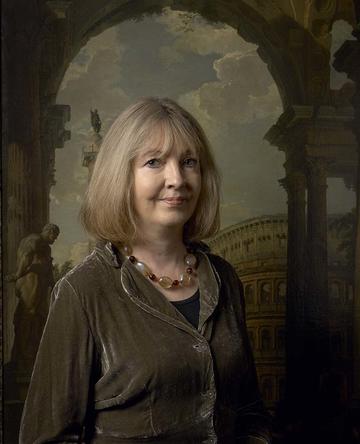 Research summary
My research is largely focused on Italian art and I have published extensively on Venetian art, including the work of the Tiepolo family and their contemporaries. I am interested in life of objects and the history of collecting and display, though I often work on wider-ranging projects with interdisciplinary aspects. Exhibitions I have organised include ‘Opulence and Devotion: Brazilian Baroque Art’, and, in collaboration with the Yale Center for British Art, ‘The English Prize. The Capture of the Westmorland, an Episode of the Grand Tour’.  A recent exhibition in 2015–16, in collaboration with the Uffizi, Florence, was 'Titian to Canaletto: Drawing in Venice'. The Ashmolean showing also featured 'Jenny Saville Drawing', a response to the gestural and material qualities of Venetian drawing by a leading British contemporary artist. In bringing together drawings from two great centres of collecting, Oxford and Florence, this exhibition challenged long-standing assumptions about Venetian art and the status of drawing. This was explored in greater detail in my book, Venice and Drawing: Theory, Practice and Collecting 1500–1800 (2016).

My recent research project with co-investigator, Dr Ben Thomas (University of Kent), funded by the Leverhulme Trust, aimed to transform our understanding of Raphael, with eloquence in drawing as a research theme.  We held interdisciplinary workshops exploring ideas on rhetoric, materiality, and the cognitive and expressive dimensions of drawing, and we shared our research findings in academic papers at conferences and seminars.  As part of this project, the award-winning exhibition, 'Raphael: The Drawings' held at the Ashmolean from 1st June–3rd September 2017, emphasised the visual and material eloquence of Raphael’s drawings.

A new research project with a focus on the Ashmolean’s Italian drawings collection is funded by the Getty Foundation as part of The Paper Project, an initiative focused on prints and drawings curatorship in the 21st century.   The grant will support curatorial training in drawings scholarship and connoisseurship by funding two 18-month research fellowships for early career art historians to equip them to become leading drawings curators in the future. Their activities, including research travel and consultation with distinguished drawings specialists nationally and internationally, will focus on research and writing in preparation for a scholarly collection catalogue of the Italian drawings, with an online resource produced as a direct result of this project.

Biography
As Keeper of the Western Art Department, I oversee collections that include paintings and graphic art, sculpture and applied arts (notably ceramics, glass, textiles, furniture and musical instruments) ranging from the 1300s until the present day. As a curator, my responsibilities are mainly in Italian and Spanish art, and French art before 1800. I am involved in teaching and research in the History of Art and am a Fellow of St John’s College.

I received my PhD from the National University of Ireland and lectured in Venice and Dublin before coming to Oxford as curator of the Christ Church Picture Gallery, and subsequently joining the Ashmolean as an Assistant Keeper. As part of the Ashmolean’s transformation with a £61 million development project launched in November 2009, I organized the presentation of the European art collections across a series of re-furbished galleries in the historic Cockerell building.