Keeper of the Heberden Coin Room 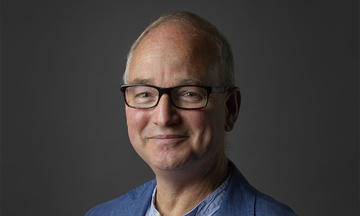 College contact page
Academia/Edu
Research summary
My research is linked by an interest in how ancient coinage can contribute to our understanding of history. I am the author of Ancient History from Coins, which is currently available in six languages, and have written widely on Roman coinage and history.
My interests have ranged across many relevant spheres of history, including economic, monetary, political and cultural. My first book was a standard work on countermarks on Roman Provincial Coinage (then called ‘Greek Imperials’), using that data to explore the relationships between coinage and the army, the movement of people, inflation and the function of coinage. Since then I have written on why ancient states struck coins, on the supply and use of money in the Roman world, on coin circulation and the integration of the Roman economy, on coinage and identity in the Roman provinces, and on the process of monetisation of temperate Europe.
I have been heavily involved in initiatives to further the online presentation of numismatic data. I was the founding Director of Roman Provincial Coinage Online and, with Professor Andrew Wilson, of the Coin Hoards of the Roman Empire Project. I continue to direct both projects.
I am also an editor of the series Roman Imperial Coinage and Roman Provincial Coinage.
My current research is focussed on the Antonine coinage of Roman Egypt (AD 138–192) in preparation for volume 4 of the Roman Provincial Coinage series and on Roman hoards and hoarding.
I have lectured on Roman Numismatics in the University of Oxford since joining the Ashmolean in 1988. I have supervised 14 doctoral students and 9 masters' students, and taught many more. I welcome graduate students across a wide range of topics in Roman numismatics and related subjects.
CV
Chris Howgego is Keeper of the Heberden Coin Room in the Ashmolean Museum and a Fellow of Wolfson College, Oxford. He is Professor of Greek and Roman Numismatics in the University of Oxford and holds an Honorary Professorship at the University of Warwick.
He joined the staff of the Ashmolean in 1988, initially as curator of Greek and Roman Coins. He became Acting Keeper of the Heberden Coin Room in 2005, and Keeper in 2006. He was lead curator for the new Money Gallery for the Ashmolean and supervised the creation of numismatic displays for 25 other galleries. He currently acts as Research Coordinator for the Ashmolean Museum and as Vice-President of the Royal Numismatic Society. He is an Honorary Member of the Société royale de Numismatique de Belgique, a Corresponding Member of the American Numismatic Society, and holds the bronze and silver medals of the Norwegian Numismatic Society.
Featured publications

2005 Coinage and Identity in the Roman Provinces with V. Heuchert and A. Burnett (eds.), Oxford University Press