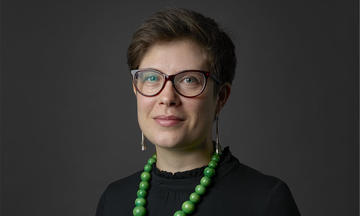 School of Archaeology
Academia.edu
Research summary
My research focuses on the later medieval period in Britain and Europe, with a particular interest in themes of daily life. I am especially interested in the use and socio-cultural significance of everyday objects and the people that used them. These interests transcend the traditional disciplinary boundary to incorporate literature, documentary and art historical evidence to understand more about daily life in the past. The Portable Antiquities Scheme data is also widely used in my studies. Identity, religion, memory, reuse and the meaning of things and places are themes which feature greatly in my research.
Research interests
CV
Eleanor Standley is Associate Professor of Later Medieval Archaeology in the School of Archaeology and Curator of Medieval Archaeology in the Ashmolean Museum. She is also a Fellow at St Cross College, Oxford. Eleanor studied for a BSc in Archaeology and then an MA in Historical Archaeology at Durham University. Staying at Durham she went on to complete a PhD in 2010 on later medieval and early modern dress accessories. Later that year Eleanor joined the School of Archaeology and the Ashmolean Museum at Oxford. She is the author of ‘Trinkets and Charms: The use, meaning and significance of dress accessories 1300–1700’.
Featured publications
Books

2013, Trinkets and Charms: The use, meaning and significance of dress accessories 1300–1700, Oxford University School of Archaeology Monograph 78

2016 Hid in the Earth and Secret Places: A reassessment of a hoard of later medieval gold rings and silver coins found near River Thame, Antiquaries Journal 96, 117–142