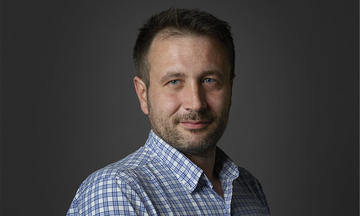 In the third century, the Roman Empire saw a crisis, marking the beginning of Late Antiquity. This period represents a pivotal stage in the development of Roman coinage. My research interests focus on this important period of transition, as seen from coinage, both imperial and provincial.

As curator, I oversee the digitalisation and the online publication of the numismatic collection of the Ashmolean Museum.

CV
Jerome Mairat is Curator of the Heberden Coin Room in the Ashmolean Museum. Prior to this, Jerome was working in the Financial industry in Paris, Tokyo and London for more than 10 years. He received his education at the University of Paris (in Mathematics), and later at the University of Oxford for his DPhil in Roman numismatics (Wolfson College). The digitization of the Coin collection of the Ashmolean Museum is overseen by him as eCurator. He curates the Roman collection. He is a member of the Council of the Society for the Promotion of Roman Studies, and General Editor of the 10 volumes ‘Roman Provincial Coinage’ research project.