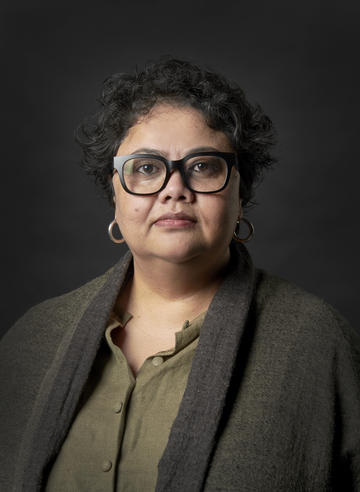 Research summary
I am interested in how material and visual culture can contribute to our understanding of global history. My research interests focus on India, particularly with regard to the intersection of art, architecture, religion, politics and socio-economics. I am especially interested in issues of cultural translation, focusing on works and built environments created for and by colonial powers, and by emerging cultures that were themselves hybrid, transnational and diasporic.

Focussing on archives at the Australian National University (ANU) and in the Ashmolean, with Professor Chaitanya Sambrani (ANU) and other international colleagues, I am collaborating on a project with a view to generating insights into the work of particular art historians as part of historiographic enquiries into the nature of Indian classicism, the research  construction and validation in colonial nationalist and post-independence periods. ANU holds the archives of Arthur Basham, who played an important role in writing the history of Hindu-Buddhist classical culture in India. The archives of his contemporaries i.e. William Cohn, Douglas Barrett, James Harle are held in the Ashmolean’s Eastern Art Department. I am currently involved in initiating the digitisation of parts of the Eastern Art archives.

With the support of a generous award from the Higher Education Innovation Fund, the Social Sciences Division recently funded a Knowledge Exchange Fellowship in Eastern Art.  The primary objective of the fellowship is to engage with the history of the South Asian collection at Powis Castle in Wales and support them with a reinterpretation of the collection. A partnership with Powis, gives the Ashmolean an opportunity to collaborate with the National Trust and share knowledge and experience in heritage management, public engagement, and display strategies around the Indian collections.

Since joining the Ashmolean in 2012, I have lectured on the history of Indian art and architecture in the University of Oxford. I have supervised various undergraduate and graduate theses, and taught many more. I welcome graduate students across a wide range of topics in the history of Indian art, material and visual culture, and especially encourage those who focus on the Ashmolean Museum and other Oxford collections.

CV
Mallica Kumbera Landrus is Keeper of the Eastern Art Department in the Ashmolean Museum, where the collections include ceramics, textiles, sculpture, metalwork, paintings, prints and other decorative arts, that span more than 5,000 years of cultural and artistic development, from the Islamic Middle East, China, Korea, Japan, South and Southeast Asia. Her curatorial responsibilities are mainly in the area of Indian, Himalayan and Southeast Asian art. She is a Fellow of St Cross College, Oxford, and Associate Professor of the history of Indian art in the University of Oxford.

Kumbera Landrus joined the Ashmolean in 2012, initially as Andrew W. Mellon Teaching Curator. She became Keeper of Eastern Art in 2017. She currently acts as Teaching Coordinator/Representative for the Ashmolean Museum in the University of Oxford. She is on the editorial board for publication in Studies in Asian Art and Culture at the University of Bonn, and she is a Trustee of the Charles Wallace India Trust.

Before Oxford, she was a senior lecturer at the Rhode Island School of Design (RISD). She has also held teaching, research, curatorial and/or management posts at institutes such as Princeton University, Brown University and the Jaipur City Palace Museum. She was the first Director of Princeton’s Global Seminar Programme in India. In the late 1990s, Kumbera Landrus held an internship at the Smithsonian (Freer and Sackler) and was a member of the Torre de Palma excavation in Portugal, one of the largest Roman villas in Iberia.  She received her PhD from the School of Oriental and African Studies (SOAS), University of London.