Assistant Curator of the Cast Gallery and Lecturer in Classical Archaeology 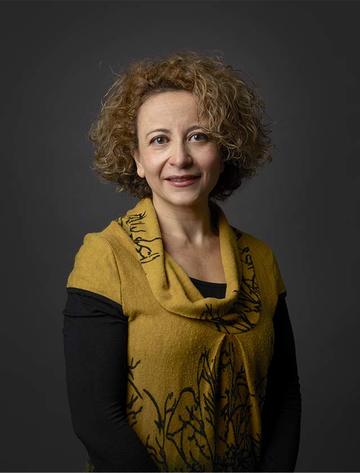 Research interests
My current work is mainly directed at the interpretation of the archaeology and history of Greek sanctuaries and cults in Late Hellenistic and Early Roman times. My research focuses on the re-definition of the role, functioning and frequentation of Greek religious sites, starting from the combined study of material and written sources.

As a field archaeologist, from 2016 I have been running an excavation project at the ‘Plutonium’ or ‘Temple of Pluto’ at Hadrian’s Villa in Tivoli (Rome), and in 2017-18 I worked at the sanctuary of Poseidon in the Greek island of Tenos. Since the early 2000s I have been involved in the archaeology and history of Epiros, where I have been studying the site and territory of Butrint, and from 2008 I collaborate in the joint Italian-Albanian-UK excavations at the Hellenistic and Roman site of Hadrianopolis (Albania).

CV
Milena Melfi is a Lecturer in Classical Archaeology at the Faculty of Classics and the Assistant Curator of the Cast Gallery at Ashmolean Museum. From 2008 she has also been a Lecturer in Classical Art and Archaeology at New College. She received her education in Classics at University of Pisa and in Classical Archaeology at the University of Messina. Prior to coming to Oxford she was a Fellow of the Italian (SAIA) and British (BSA) Schools of Archaeology in Athens, of the American Academy in Rome and of the Center for Hellenic Studies at Harvard University. She has worked on surveys and excavations in Greece, Sicily and Albania. She arrived at the Ashmolean in 2004, where she has been looking after the collection of casts of Greek and Roman sculptures and co-curated two main cast exhibitions: “Gods in Colour. Coloured Sculpture in Classical Antiquity” (2014) and “Antinous: boy made god” (2018/19).

2015 Gods in Colour. Catalogue of the Exhibition in the Cast Gallery of the Ashmolean Museum (Oxford Jan–Jul 2015), with R. R. R. Smith (Oxford-Ashmolean)

Featured project
Hadrianopolis Excavations
Hadrian’s Villa: archaeological and geophysical survey of the Higher Grounds (Plutonium and Inferi)
Beyond the Borders: the history and archaeology of northern Greece (with Maria Stamatopoulou)