A NEW LINE FROM ROME TO LONDON

A NEW LINE FROM LONDON TO ROME

About the research project 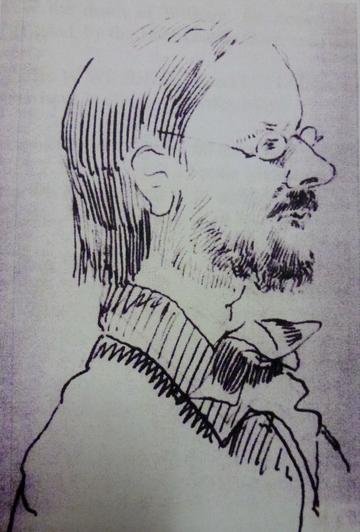 Sixty-nine letters from Charles Willes Wilshere (1814-1906) to the Italian archaeologist Giovanni Battista de Rossi (1822-1894) are kept in the Vatican Library, where they were read and transcribed by Susan Walker in February 2013. Wilshere was a remarkable collector, driven by his passion for the English Catholic church. His core collection included late Roman gold-glass, sarcophagi, and funerary inscriptions. De Rossi was a distinguished Christian archaeologist, best known for his work in connection with the Roman catacombs. Most of Wilshere’s collection is today permanently displayed in the Ashmolean Museum. However, these letters have never been published in full in a critical edition. The Wilshere-de Rossi correspondence includes letters which throw new light on the archaeology and history of the early Christian inhabitants of Rome as well as adding intriguing details about the lives of the two fellow scholars.

The letters constitute a remarkable record of personal friendship and mutual support over three decades of political turmoil, ending only with de Rossi’s death in 1894. They throw light on de Rossi’s role in the antiquities market, documenting the transmission of art and inscriptions from Rome to England, and chronicling the restitution of two key pieces from the Wilshere collection to the Vatican Library, a generous act for which Wilshere was awarded a medal by Pope Leo XIII. The letters also reveal Wilshere’s strong personal support for de Rossi’s tireless efforts to build the study of early Christian art and archaeology as a new discipline. This correspondence is therefore a significant resource for the under-researched historiography of the subject.

The letters demonstrate a sustained effort by Wilshere to acquaint English people with the early Christian art and archaeology of Rome. Railway comparisons occur in the correspondence, which demonstrate that a new cultural line to London was indeed built at this time, through the efforts of a relatively small but still very energetic network of devoted admirers of de Rossi and his scholarship.

Excerpts from the letters were previously used to support the narrative of Saints and Salvation: the Wilshere Collection of gold-glass, sarcophagi and inscriptions from Rome and Southern Italy, edited by Susan Walker with contributions by Sean Leatherbury, David Rini, and others (Ashmolean Museum, Oxford, 2017). This project builds on the 2017 publication, in which excerpts from Wilshere-de Rossi correspondence were principally used to follow the formation of Wilshere’s collection of early Christian and Jewish antiquities from Rome and southern Italy. Now their wider historical and intellectual context will be considered.

A complete, annotated, and illustrated edition of the correspondence is planned for publication, with an introduction setting the letters in their historical and intellectual context. Explanatory notes on the principal characters, places, and objects mentioned in the correspondence will also be added to the final publication.

Full publication of this correspondence from a little known, private English collector illuminates the international significance of de Rossi’s contribution to the study of early-Christian antiquities, and will form a fitting tribute to this great archaeologist on the bicentenary of his birth in 2022.

The Leverhulme Trust has awarded Susan Walker an Emeritus Fellowship for the year 2020-2021.

Other contributors will include Marco Buonocore who will oversee and support the production of the volume, and David Rini, co-author of a memorial issue of Studi e Testi published on the bicentenary of the death of Vatican Librarian Gaetano Marini, who will contribute to the edition of texts, indices, and sources.