In this gallery you can find information about the Bronze Age (3200–1100 BC) around the Aegean Sea, especially the early Cyclades, Minoan Crete and Mycenaean Greece.

The Ashmolean’s Aegean collection, with more than 10,000 objects, is the largest and most important of its kind outside Greece. It was mostly formed by Sir Arthur Evans, Keeper of the Ashmolean (1884–1908) and one of the pioneers of archaeological research in the region, best known for his excavations of the so-called Palace of Minos at Knossos. A display shows notebooks, sketches and photographs from the digs of Evans and his colleagues.

The gallery offers an overview of Aegean art and archaeology during the Bronze Age with special emphasis on the formation of complex societies.

Several large storage jars are on display including one with a dramatic depiction of an octopus. The raised area at the other end of the gallery displays artefacts connected with burials.

A case on one of the walls displays a superb collection of carved seals which would have been worn as jewellery by both men and women, and in some cases used as markers of authority and signatures to seal documents. These detailed carvings provide fascinating vignettes into the culture and natural world of the Aegean Bronze Age. 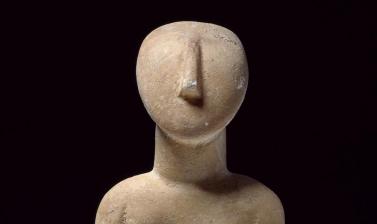 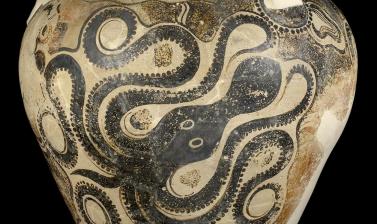 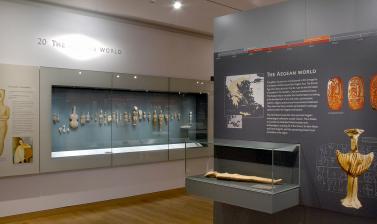 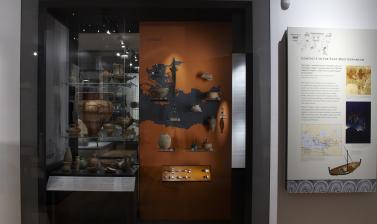 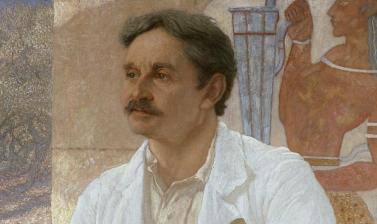 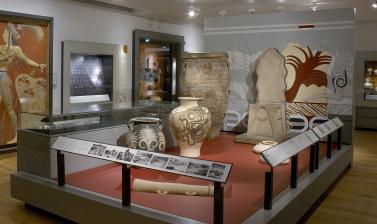