Astrological decoration at the Persian court 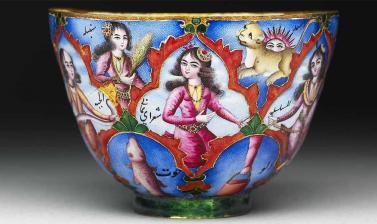 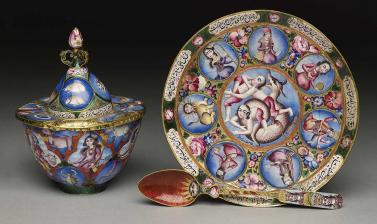 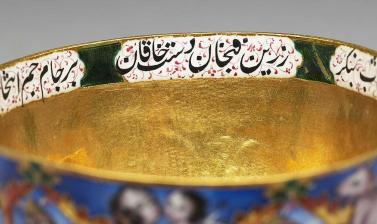 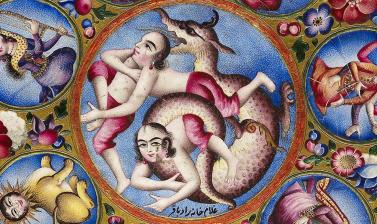 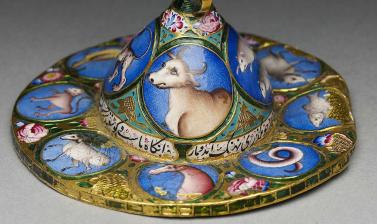 First developed under the Safavid dynasty (1501–1722), the art of enamelling precious metals rose to new heights under Fath ’Ali Shar Qajar (r. 1797–1834). A great patron of the arts and a important political figure who championed Iran’s prestige and authority internationally, the Persian monarch commissioned many of the painted enamels that survive from the Qajar period.

This gold and enamelled set – comprising a lidded bowl, a saucer and a spoon – is of exceptional quality. The elaborate imagery is dominated by astrological themes which appear to have been particularly popular in 19th-century Iran. The 12 signs of the zodiac, and their equivalents according to the Chinese horoscope, joined to the personifications of the six primary constellations, are combined on the surfaces of both bowl and lid. The saucer is decorated with a series of roundels inscribing the seven classical planets – Sun, Moon, Mercury, Venus, Mars, Jupiter and Saturn – set around a central medallion which contains a grotesque three-bodied and two-headed figure wrestling with a dragon.

At the base of the saucer a short inscription mentions the name of the artist, (Muhammad) Baqir, identifying him ‘as slave born in the household’. A sign of humility, the expression was probably meant to indicate the artist’s close association with the royal workshop instituted by Fath ’Ali Shah. Other enamelled objects bearing Muhammad Baqir’s inscription survive but they remain mostly in the collection of the Imperial Crown Jewels of Iran. 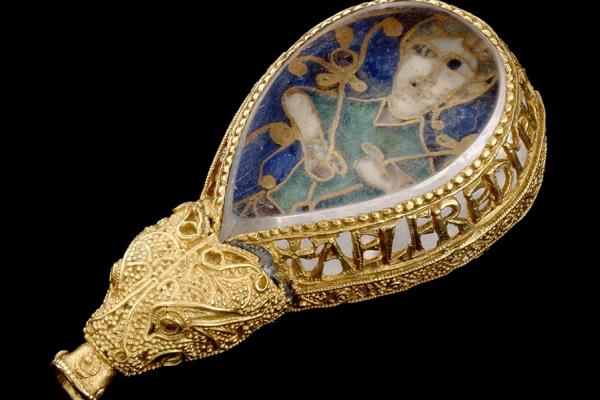 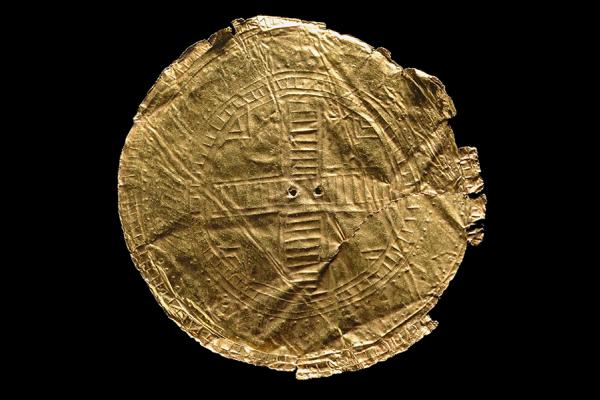 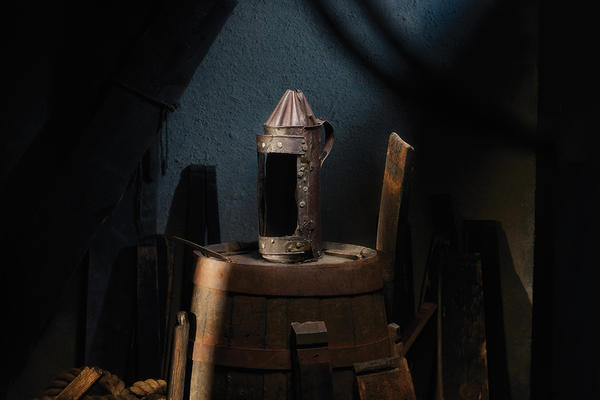 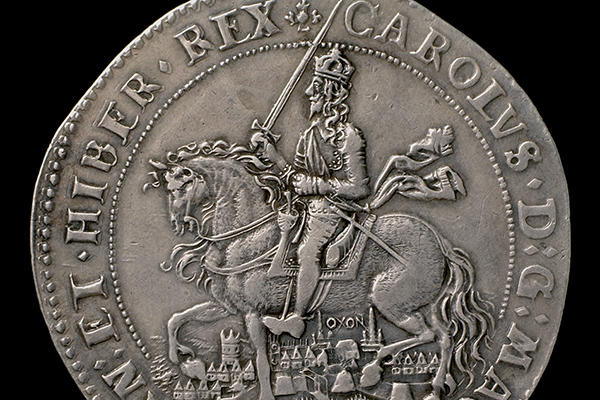