Armour intended for a period of peace 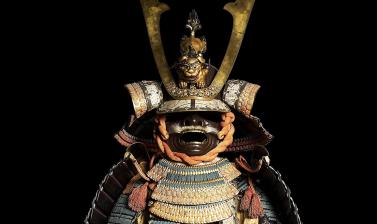 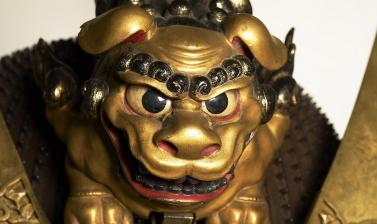 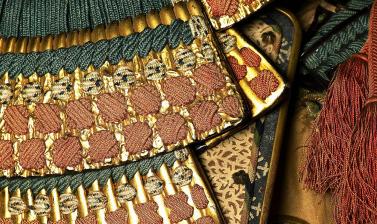 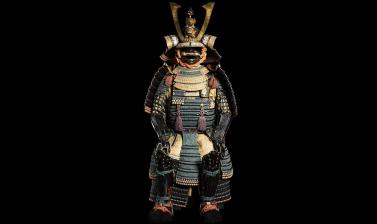 This suit of Japanese armour was made during the peaceful Edo period (1600–1868) when samurai – members of the military nobility and officer caste – wore armour only on ceremonial occasions to show off their rank and wealth. It is a type developed in the 11th century known as dōmaru, in which the chest armour wraps around the body and is fastened on the right side. During the Edo period older styles such as the dōmaru came back into fashion.

Many different craftsmen, including blacksmiths and lacquerers, weavers and leatherworkers, were involved in the creation of this suit of armour. The body armour and skirt are made up of small plates of lacquered metal. These plates are laced together with silk cords that are dyed different colours to form a vivid pattern on assembly. The armour is tough, flexible and much lighter than a European steel suit.

The helmet, made of 62 iron plates riveted together, carries the inscription that dates it to 1560, though the rest of the suit dates to the 18th century. It is crowned with a pair of imposing antler-like projections, originally worn to distinguish generals, but widely adopted later as a decorative feature. It is also adorned with a lacquered wooden crest in the form of a shishi lion dog. Fierce animals were often incorporated into samurai armour design to symbolise the power of the wearer.

The armour was given to Magdalen College by Prince Chichibu (1902–53), who had studied there in the 1920s, and is on long-term loan to the Ashmolean Museum.