This exhibition presents works of art from the Museum’s collection that were produced between 1949 and 1999 in mainland China. Chairman Mao declared the founding of the People’s Republic of China in 1949 and until his death in 1976, art was subject to strict political controls.

Oil painting replaced the centuries-old tradition of ink landscape painting, and the Socialist Realist style adopted from the Soviet Union remained influential until the late 1970s. Pictorial woodblock printing developed from a folk craft to an increasingly creative medium used for both propaganda purposes and more subtle landscapes.

During the Cultural Revolution (1966–76) political images and messages were also produced in the historic media of woven or embroidered silks and papercuts.

From 1978, the Reform Era ushered in new possibilities as China re-engaged with the world, and artists encountered ideas and cultural practices from elsewhere.

Brush and ink, however, had never ceased to be used, and the scrolls and albums exhibited include works by some of modern China’s most distinguished painters. Here are two collage artworks by contemporary artist Qu Leilei, which are featured in the exhibition. 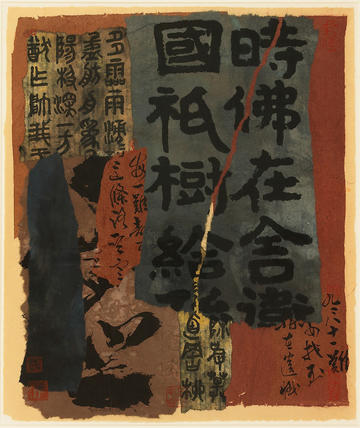 'Where are you going to' calligraphy collage by Qu Leilei, 1998. © The artist 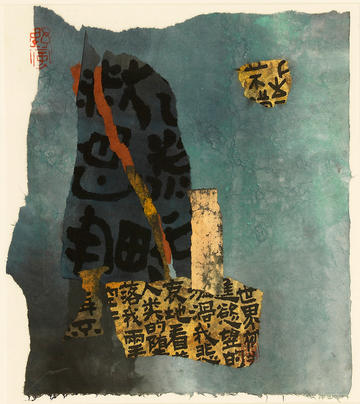