LIFE AND DEATH IN ANCIENT EGYPT

LIFE AND DEATH IN ANCIENT EGYPT

Ensuring eternal life was an important task for an ancient Egyptian. Non-royal Egyptians believed in different types of afterlife, including eternal life lived in the tomb as a ka (soul), and an afterlife lived in the Field of Reeds, the kingdom of the god Osiris. The objects displayed in this gallery all served as practical tools designed to help their owner make the journey from death to the afterlife and to provide for them for eternity.

The case displaying the nested coffins and mummy of Djed-djehuty-iuef-ankh is a central part of the gallery’s display, while the long wall case explains the finer details of the journey through life, death and the afterlife, including funerary models and canopic jars displayed alongside coffin lids. Canopic jars were used to store the deceased’s organs following an intricate ritual to mummify the body, while amulets were believed to possess protective qualities and were positioned between the bandages during the mummification process.

The case on the opposite wall continues the chronological story of ancient Egyptian civilisation. Here you will see the remains of a chariot wheel hub. Horses and chariots were introduced to Egypt from Western Asia around 1600 BC, with the Hyksos occupation of the Nile Delta, revolutionising Egyptian life on many levels, especially warfare and hunting. Entire chariots would be placed in the tombs of kings and high-ranking officials. This hub, which was found in the tomb of Amenhotep III, is particularly interesting as much of the surface detail and covering is missing, revealing the sophisticated design and construction technique underneath.

The colourful paintings featured throughout this gallery are the work of the artist Nina Davies who, with her Egyptologist husband, Norman de Garis Davies, recorded Theban tombs from 1907 until the outbreak of the Second World War. Her copies of wall paintings found in the tombs are noted for their extremely faithful reproduction of the colour and texture of the originals. This was due to her use of egg tempera rather than watercolour paint which gave the paintings an added richness and depth. 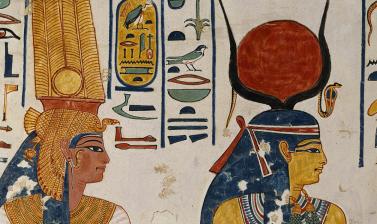 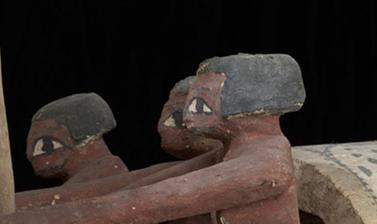 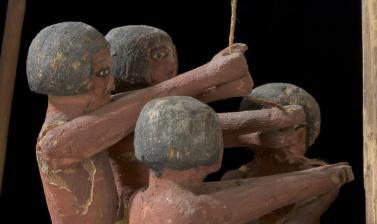 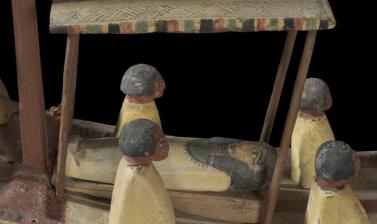 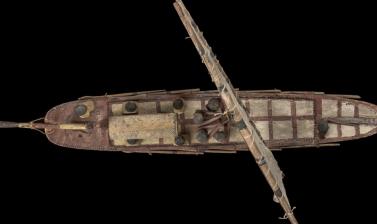 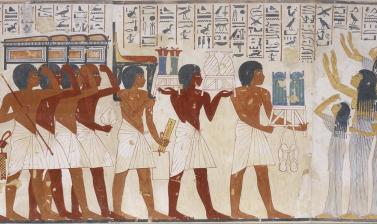