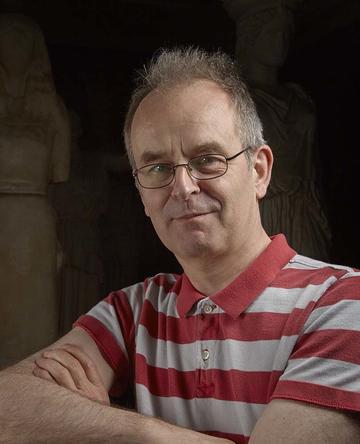 Research iterests
My research interests focus on the art and visual cultures of the ancient Mediterranean world and my work is mainly directed at the historical interpretation of ancient visual representation and its relationship with contemporary social and political culture. In connection with my research at Aphrodisias, I have a particular interest in the art and archaeology of the Greek cities of the Eastern Roman Empire. I have been engaged in the study and publication of the new marble finds from Aphrodisias since 1985. In 2007–8 I held a British Academy/Philip Leverhulme Senior Research Fellowship for aspects of this work and with the historian Bryan Ward-Perkins I was awarded (for three years, starting in 2009) an Art and Humanities Research Council grant for a project titled 'The Last Statues of Antiquity' to investigate the distinctive character of statue use in late antiquity from AD 284 to 650.

CV
Bert Smith is a Professor of Classical Archaeology and Art in the Faculty of Classics at Oxford University and a Curator of the Cast Gallery at Ashmolean Museum. He is also the Director of New York University’s Excavations at Aphrodisias (Turkey) and a Fellow at Lincoln College, Oxford. He received his education in Classics and then Classical Archaeology at Oxford University. He was a Fellow by Examination in Ancient History at Magdalen College, Oxford (1981–6), a Harkness Fellow at Princeton University (1983–5) and an Alexander von Humbolt Fellow at the Institut für Klassische Archäologie in Munich (1991–2). He taught at the Institute of Fine Arts, New York University, from 1986–95. Since 1991 he has been Director of the New York University's Excavations at Aphrodisias in Turkey. In 1995 he took up his present position as Lincoln Professor of Classical Archaeology and Art at Oxford University and Curator of the Cast Gallery of the Ashmolean Museum.

2012 Defacing the gods at Aphrodisias, in B. Dignas, R.R.R. Smith (eds.), Historical and Religious Memory in the Ancient World (Oxford, Clarendon Press), 283–326

2002 The Use of Images: Visual History and Ancient History, in T.P. Wiseman (ed.), Classics in Progress: Essays on Ancient Greece and Rome (British Academy), 59–102