Curator of Medieval and Modern Coins and Related Objects 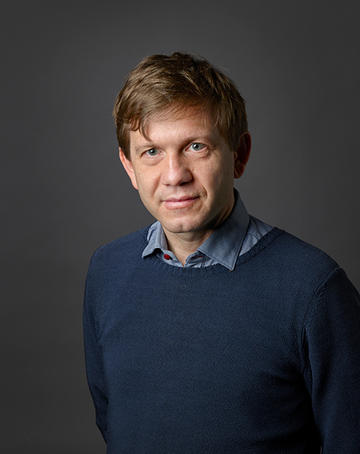 Research summary
In my research I attempt to use money to contribute to the political and economic history of the medieval Mediterranean, in the area that lies between Italy, the Balkans and Greece, and the Aegean Sea and Anatolia. My approaches in this are variously numismatic, archaeological and historical, that is to say my points of departure can be precise coin typologies or die sequences, or in fact specific hoards or excavation finds, from which I move to wider historical themes. I also work on monies (of account) which one finds in contemporary narrative and diplomatic sources.

My curatorial work at the Ashmolean also allows me to conduct research into medieval and modern coinages of other areas. Amongst other contributions which are in preparation I can single out the Asthall hoard of the Tudor period, and on the Watlington hoard of the late 9th century.

Otherwise, my current research focuses on a number of areas: I am completing a book on money in medieval Greece, 1200-1430, for Brill in Leiden; I am also working on some very substantial late medieval finds which I recorded in the area between Istanbul and the Greek islands of Thasos, Lemnos, and Samothrace, and which contribute to a wider project on the collapse of Byzantium; I am collaborating on some excavation finds in Ionia (Agora of Smyrna; Anaia; Selçuk Museum); as well as on southern mainland Italian hoards and excavation finds.

In the following few years I will be devoting a substantial amount of time to co-authoring a volume for the Medieval European Coinage series, an international project based at the Fitzwilliam Museum in Cambridge. Specifically, for volume 16 on the Latin East I will deal with the mints of the Latin Empire of Constantinople, southern and central Greece, Rhodes, Chios, Lesbos, Pera, and related minting activities in mainland Anatolia and Thrace.

CV
Julian Baker is curator in the Heberden Coin Room of medieval and modern coins and related objects. His curatorial area covers Byzantium and the emerging barbarian west from ca. AD 500; all coins of western/Christian tradition throughout medieval and modern times, in Europe, the Americas, and Africa and Oceania; jettons and tokens of the same period; and medals. Prior to role he worked as curator for the new Money Gallery for the Ashmolean, and for the Portable Antiquities Scheme also at the Ashmolean. Julian Baker lectures on medieval money for the History Faculty and teaches a course on Byzantine coins for the Late Antique and Byzantine Studies (LABS) programme.

Julian Baker has degrees from the Universities of Edinburgh and Birmingham and completed a PhD in Byzantine monetary history under the supervision of John Haldon. He has spent extended research periods in Greece, Italy, Turkey, and the United States, sponsored amongst others by the British Schools at Athens and Rome, the British Institute in Ankara, the Italian Ministry of Foreign Affairs, the Hellenic State Scholarships Foundation (IKY), the Onassis Foundation, the Leverhulme Trust, the British Academy, Harvard and Princeton Universities, and Koç University.