The Ashmolean has a strong collection of Pre-Raphaelite art, much of which come from the collection of Thomas Combe, the Superintendent of the Clarendon Press at Oxford. His bust stands in the gallery, surrounded by works which his widow bequeathed to the museum.

The Pre-Raphaelite Brotherhood was formed in 1848 by a group of young painters, sculptors and writers who intended to restore to English art the freshness and close study of nature that they found in early Italian painting before Raphael. The original group included Millais, Rossetti, Holman Hunt, and the sculptor Thomas Woolner. Later on they were joined by William Morris and Edward Burne-Jones.

The Prioress’s Tale Cabinet, designed by Philip Webb and decorated by Edward Burne-Jones stands in the left-hand section of the gallery. This highly decorative piece was given by Burne-Jones as a wedding present to William Morris on his marriage to Jane Burden in 1858. Born into a poor Oxford family, Jane Burden had been spotted by Dante Gabriel Rossetti and Edward Burne-Jones when they were working on murals for the Oxford Union, and she became a model and muse for the group. Burne-Jones used her as a model for the Virgin Mary on the cabinet and you can see her likeness repeated in the chalk sketch of her as Proserpine by Rossetti hanging to the right.

Other Pre-Raphaelite artists are well represented here, in particular William Holman Hunt (1827–1910). He was a precocious talent and his self-portrait (painted when he was just 14) hangs in the central section of the gallery. His paintings, such as A Converted British Family Sheltering a Christian Missionary from the Persecution of the Druids and The Afterglow in Egypt illustrate his very particular style with bright, natural colours and meticulous attention to detail. He made a point of travelling to Egypt and the Holy Land so that his paintings could be as true to life as possible. He also designed many of the frames for his paintings, several of which are on display. 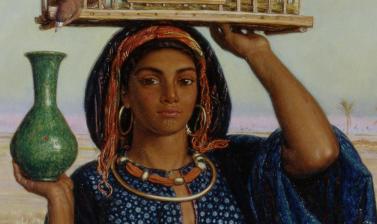 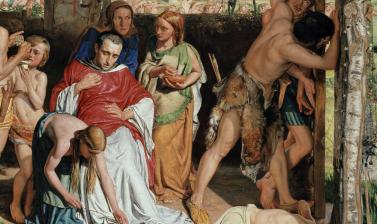 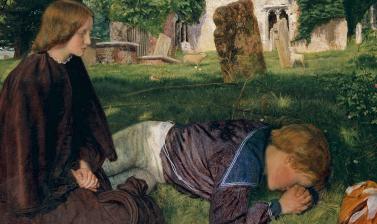 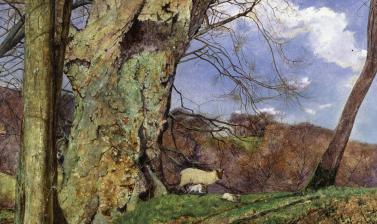 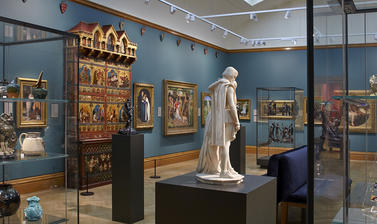 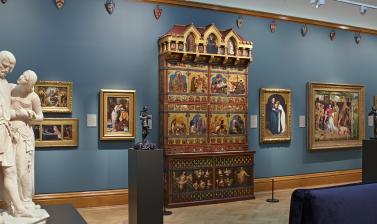 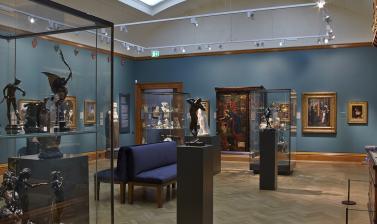 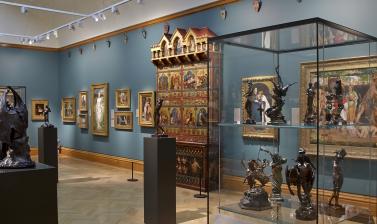