Every object in the Ashmolean has passed from hand to hand to reach the Museum. In this new podcast series, we uncover the invisible fingerprints left behind by makers, looters, archaeologists, soldiers, rulers, curators, and many more. These stories of touch reveal the ways in which the forces of conflict and colonialism have shaped Britain’s oldest Museum.

Guests include Bénédicte Savoy, co-author of the Report on African Cultural Heritage, commissioned by Emmanuel Macron; Professor Dan Hicks, of Oxford’s Pitt Rivers Museum; and Simukai Chigudu, one of the founding members of the Rhodes Must Fall campaign.

Fingerprints will be released on the Ashmolean’s website, on Spotify, Apple, and wherever you get your podcasts, weekly from 21 January until 25 February 2022.

LISTEN TO THE TRAILER

For a transcript, please visit this page.

Episode 1: A Place For Questioning

Join the Ashmolean’s director, Xa Sturgis, as he questions what a museum is for. He introduces us to Powhatan’s Mantle, one of the museum’s founding objects, and one inextricably linked with British colonial history. From there, he traces the Ashmolean’s story to the present day, as special guests explore how we can transform an uncomfortable past into a more positive future.

Dan Hicks takes us on a journey with three bronze masks from the West African city of Benin, through the hands of soldiers, collectors, and curators, and along with special guests considers the responsibility that European museums have towards looted art in their collections.

Mallica Kumbera Landrus, the Ashmolean’s Keeper of Eastern Art, takes us on a journey with 200 clay figures from India, displayed alongside a human zoo at the Colonial and India Exhibition of 1886, and later used to teach young British colonial officers at Oxford’s Indian Institute.

Episode 4: A King from the Trenches

Curator Paul Collins takes us on a journey with a 3000 year old king uncovered by an Indian soldier digging a trench in World War I, and explore what he has to tell us about the formation of Iraq as a nation state.

Curator Andrew Shapland shows us a tiny fragment which reveals the story of the man who set out to hunt down the mythical minotaur. Sir Arthur Evans went on to become known as the father of archaeology, but his journey reveals a culture war between empires in the Mediterranean.

The country’s first major art collection now sits in the Ashmolean Museum. It hides stories about shipwrecks, royal competitions, underhand dealings, and how classical art became part of a British Imperial brand. Join lecturer Alison Pollard, as she takes you on a journey which spans 2000 years.

You can also listen to our Fingerprints series on Spotify, iTunes, or wherever you get your podcasts. Why not subscribe to be notified when new episodes are available to listen to? 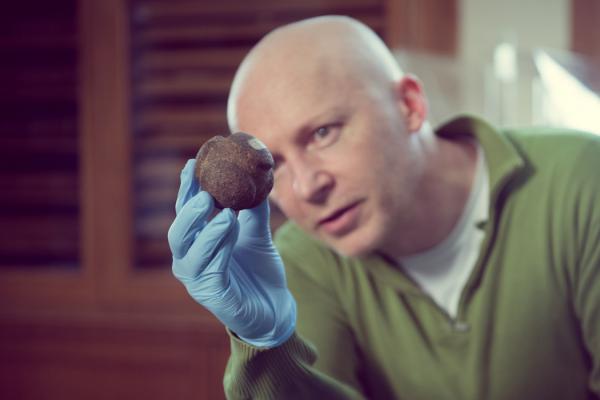 A video series taking a closer look at the Ashmolean's hidden treasures from new viewpoints.

Bite-sized tales of the wonderful, and sometimes unexpected, life of a museum. 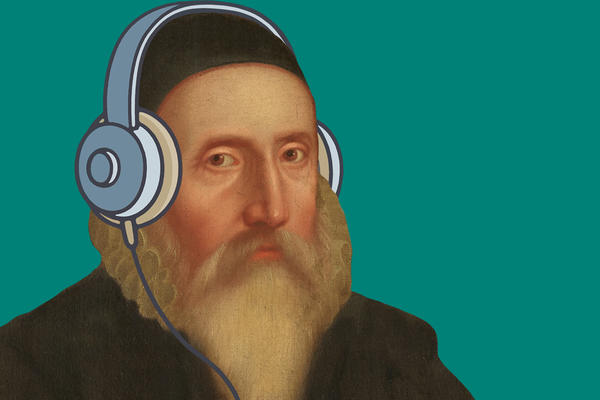 This new podcast series delves into the poetry and literature hidden in the collections.